WILDSTAR A5 for 6U OpenVPX

Up to three Intel Stratix® V FPGAs per board with choice of GX parts up to 5SGXAB or GS parts up to 5SGSD8, up to 96 MB of QDRII+ SRAM for 59 GB/s of SRAM bandwidth and up to 8 GB of DDR3 DRAM for 51.2 GB/s of DRAM bandwidth. Up to 2.8 million logic elements and 4.3 million multiplier bits per board. Air Cooled Only. 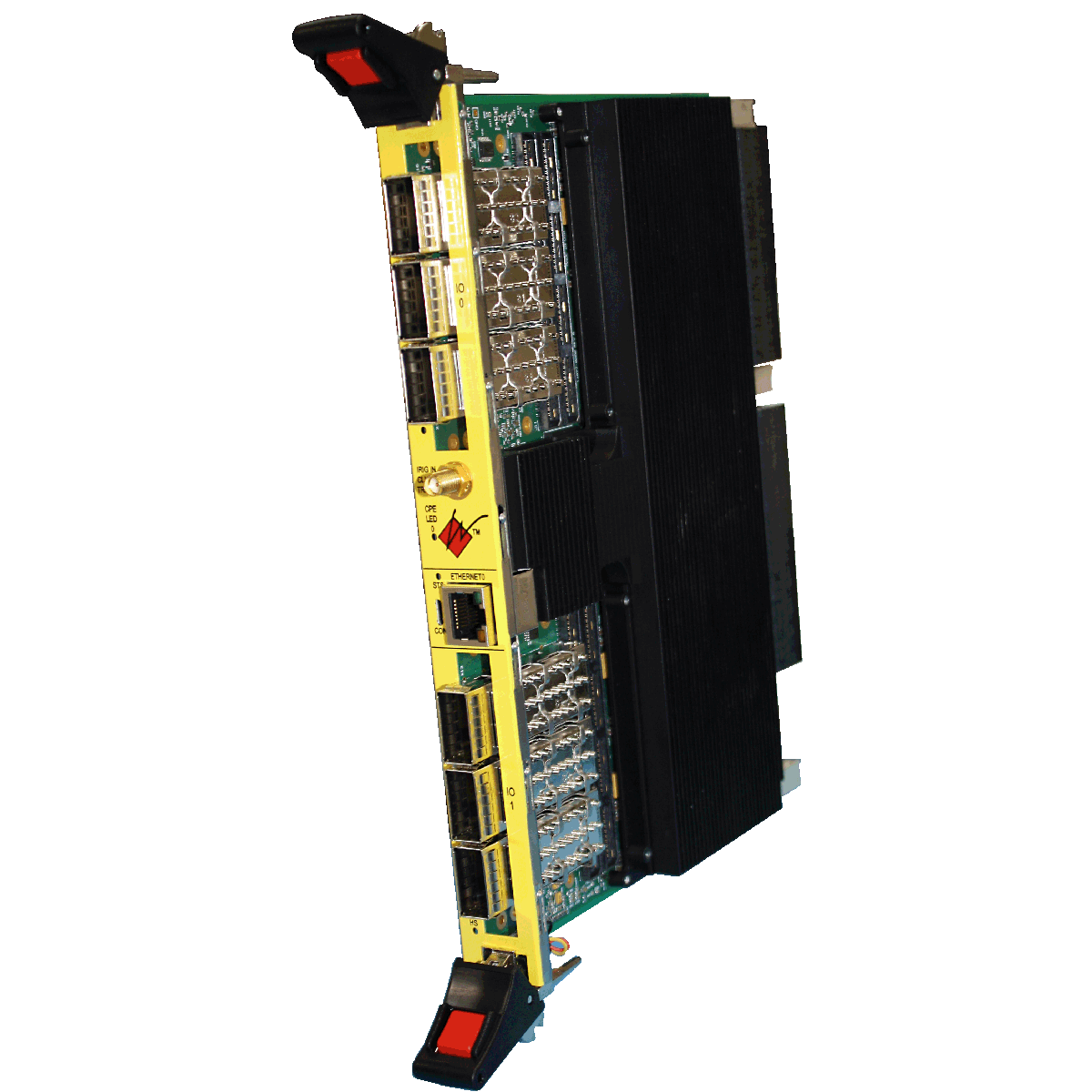 These FPGA boards include 3 Intel Stratix V FPGAs with 48 High Speed Serial connections performing up to 14.1 Gbps. On each Compute Processing Element (CPE) FPGA there is six 72-bit QDRII+ SRAM interfaces clocked up to 550 MHz. The IO Processing Element (IOPE) FPGA has four 32-bit DDR3 DRAM ports clocked at up to 800 MHz.

If IO is required, Annapolis offers extraordinary density, bandwidth and analog conversion choices. Each 6U card has 2 mezzanine IO sites which can support up to 4 WILDSTAR™ Mezzanine cards as well as a QSFP+ option (on WS7 and WS A5 board) that allows for 6 QSFP+ transceivers per slot. These options can be mix and matched to meet customer needs. Some configurations utilize a second slot (for example the QSFP+ option and WILDSTAR Mezzanine card used in a single IO Site).

Review other OpenVPX 6U and Intel FPGA boards.