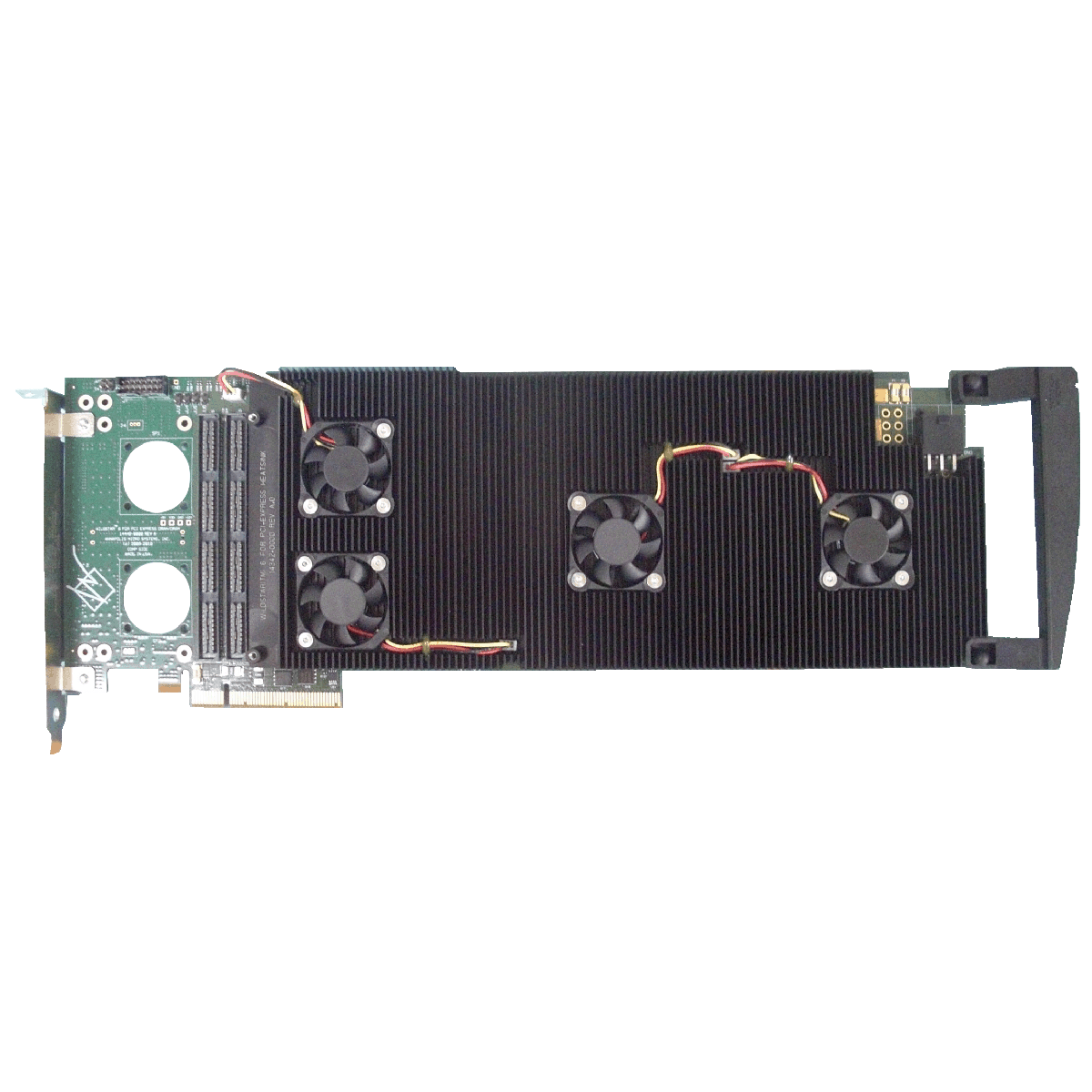 A host computer can communicate with the WILDSTAR™ 6 for PCIe board via the PCI Express interface, which in turn communicates with the board’s PCI controller. The WILDSTAR 6 for PCIe controller has access to the PEs using the Local Address Data (LAD) bus. The host also has direct register access and communication with PEs over the LAD bus.

If IO is required, Annapolis offers extraordinary density, bandwidth and analog conversion choices. Each PCIe card has 1 mezzanine IO sites which can support up to 2 WILDSTAR Mezzanine cards as well as a QSFP+ option (on WS7 and WS A5 board) that allows for 3 QSFP+ transceivers per slot. These options can be mix and matched to meet customer needs. Some configurations utilize a second slot (for example the QSFP+ option and WILDSTAR Mezzanine card used in a single IO Site).

There is also an optional IRIG-B module, which occupies it’s own slot and provides a connector to access LVDS FPGA signals as well as an SMA for the IRIG-B input.